When it comes to writing content that appears online or social media, we’ve all made mistakes. From spelling errors to offending an entire group of people, it’s easy to see how it can happen. If you are a huge corporation or megachurch, these mistakes can be even more costly. Luckily, there’s something called humor to get us through these trying times.

Here are a few of our top favorite social media bloopers along with some tips to make sure it doesn’t happen to you.

Chinese Cuisine or the Olympics? 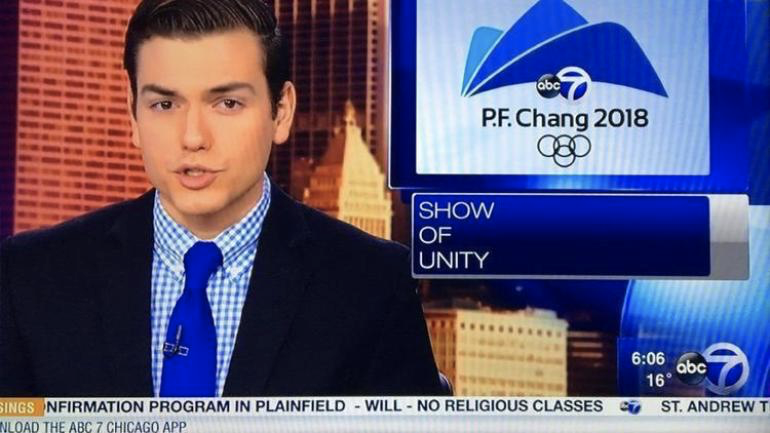 One Chicago news station proudly promoted the 2018 Olympics. The problem? They confused Pyeongchang, South Korea with a famous Chinese and Asian Cuisine restaurant P. F. Chang’s. They claimed the graphic was made for a “satirical” segment and was “accidentally swapped with another logo during that Saturday’s segment” the Chicago Tribune reported. This news reporter did apologize for this mix up after it all came to light.

On the other hand, P. F. Chang’s provided an excellent comeback for this mix up by saying “Contrary to this broadcast, we’re not hosting the games.” Their use of humor was appropriate and engaging, making for a great tweet. 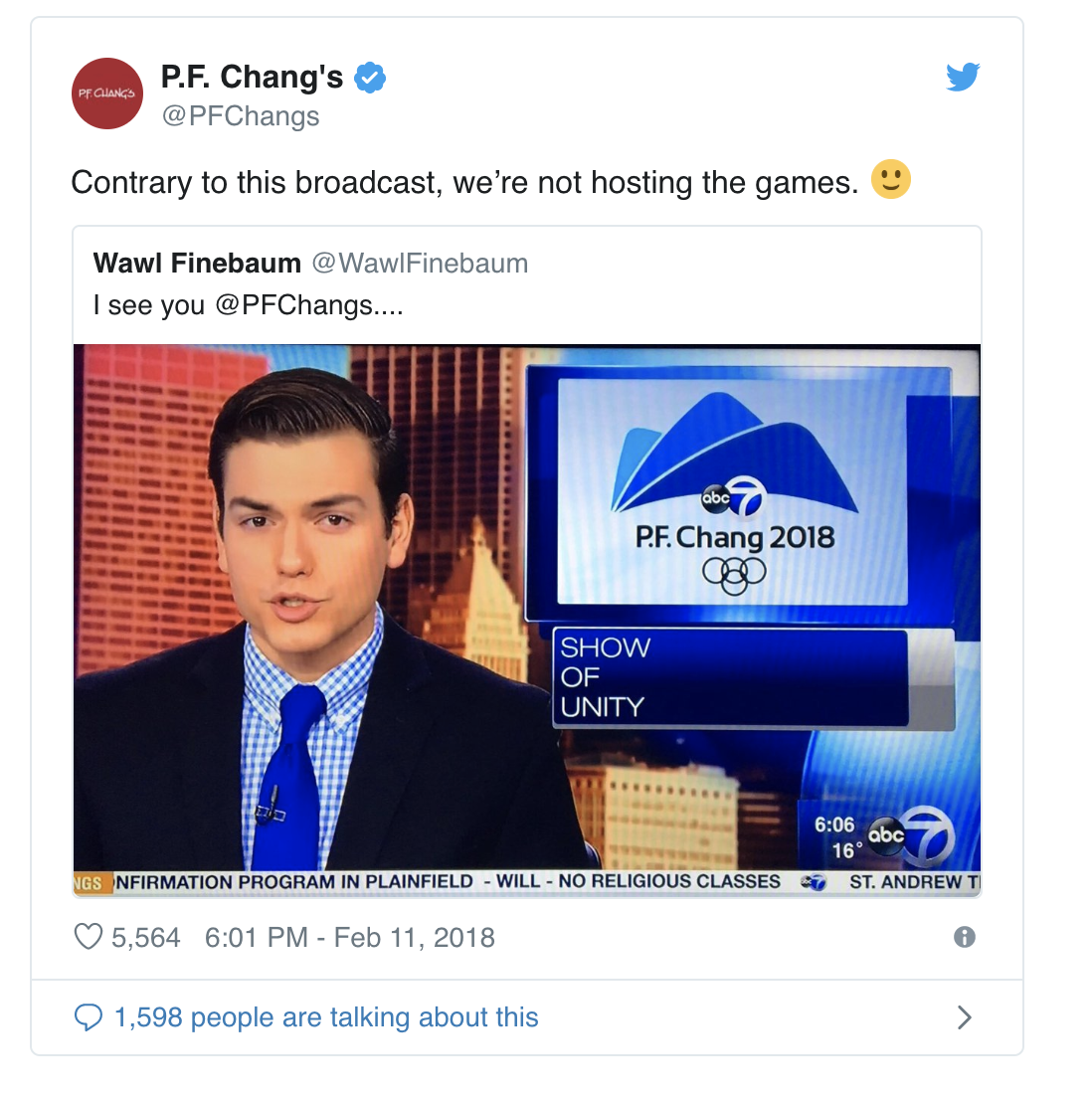 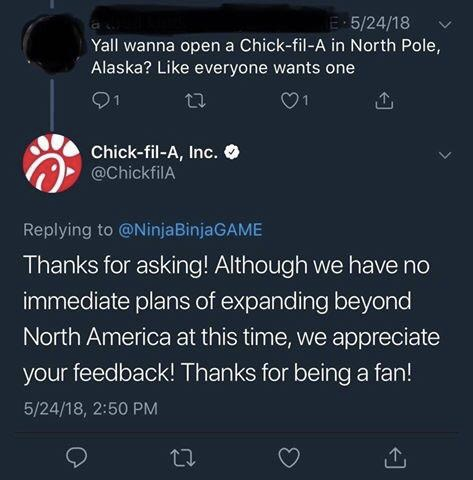 When a Chick-fil-a customer tweeted asking Chick-fil-a to open a branch in North Pole, Alaska, Chick-fil-a missed the mark by saying, “Thanks for asking! Although we have no immediate plans of expanding beyond North America at this time, we appreciate your feedback! Thanks for being a fan!”

Apparently, this Chick-fil-a social media writer either doesn’t read well and just read “North Pole,” or this writer needs to be mailed a map immediately. Either way, it pays to be intentional when you read comments. It also may pay more to not respond to each comment. 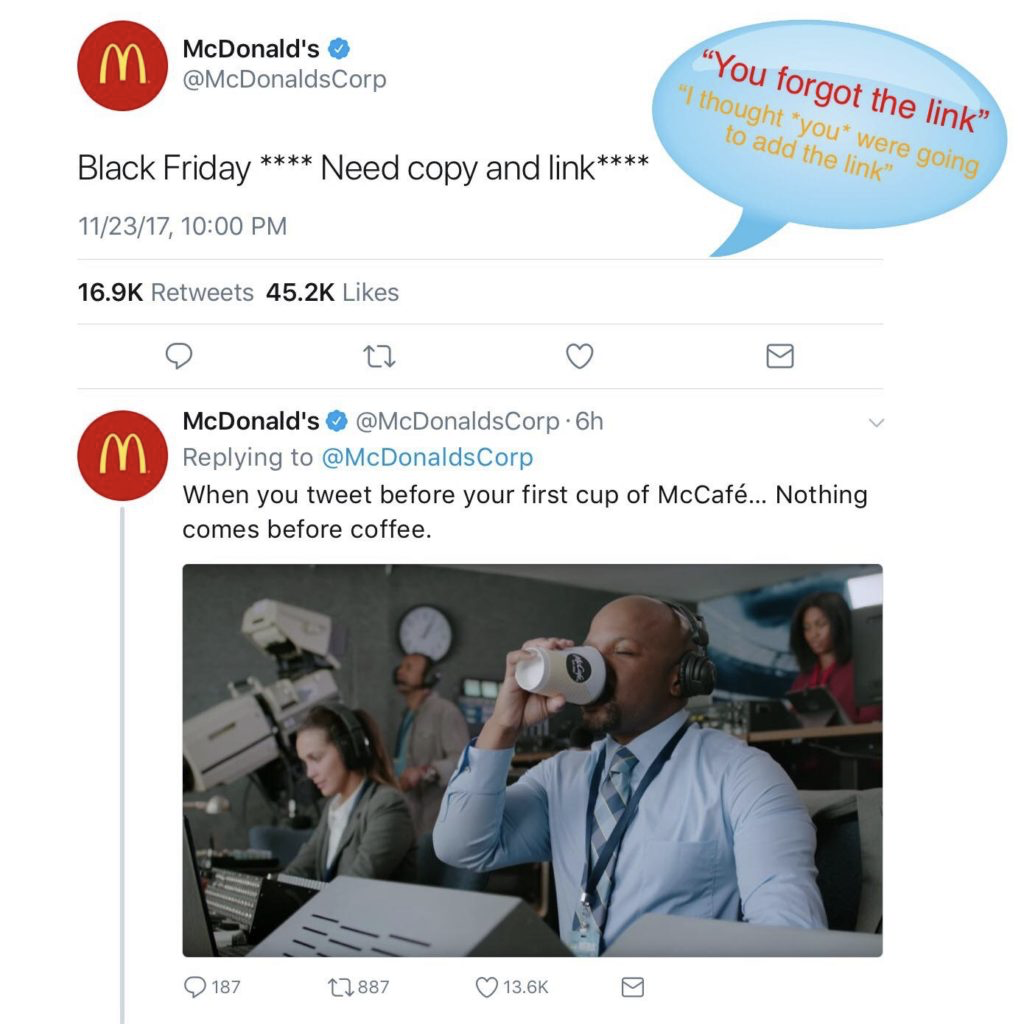 Scheduling posts is a strategic move for any communication’s team. However, before you schedule a post, make sure that the post is 100 percent ready to be published. McDonald’s best social media blooper happened when someone on their team forgot to replace the text “Black Friday ***Need copy and link***.”

The first was Wendy’s quick comeback:

The second was McDonald’s response to this mishap: 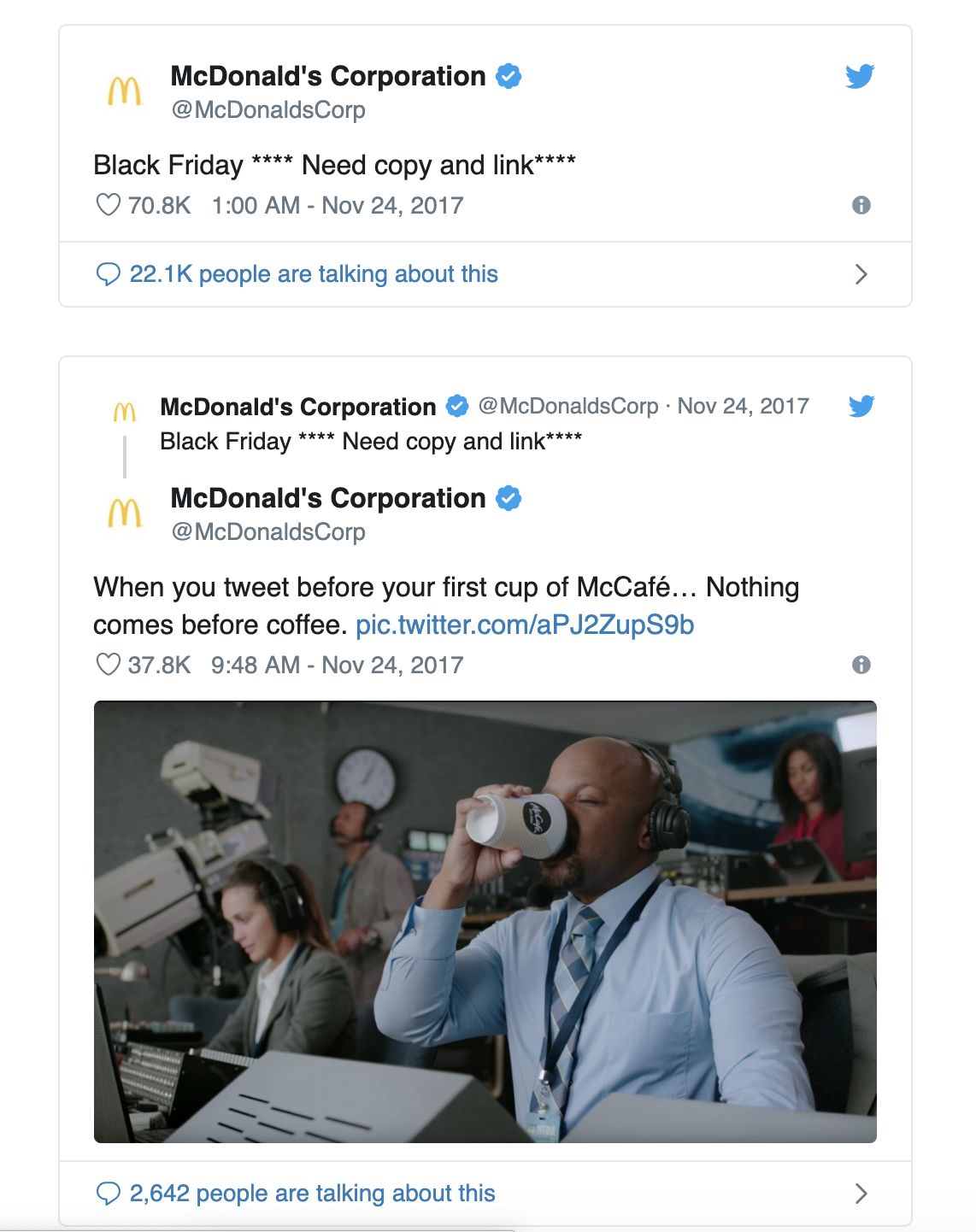 McDonald’s not only saved itself but also took advantage of a good opportunity to promote their McCafes by showing the sheer power coffee gives you to make everything right again. 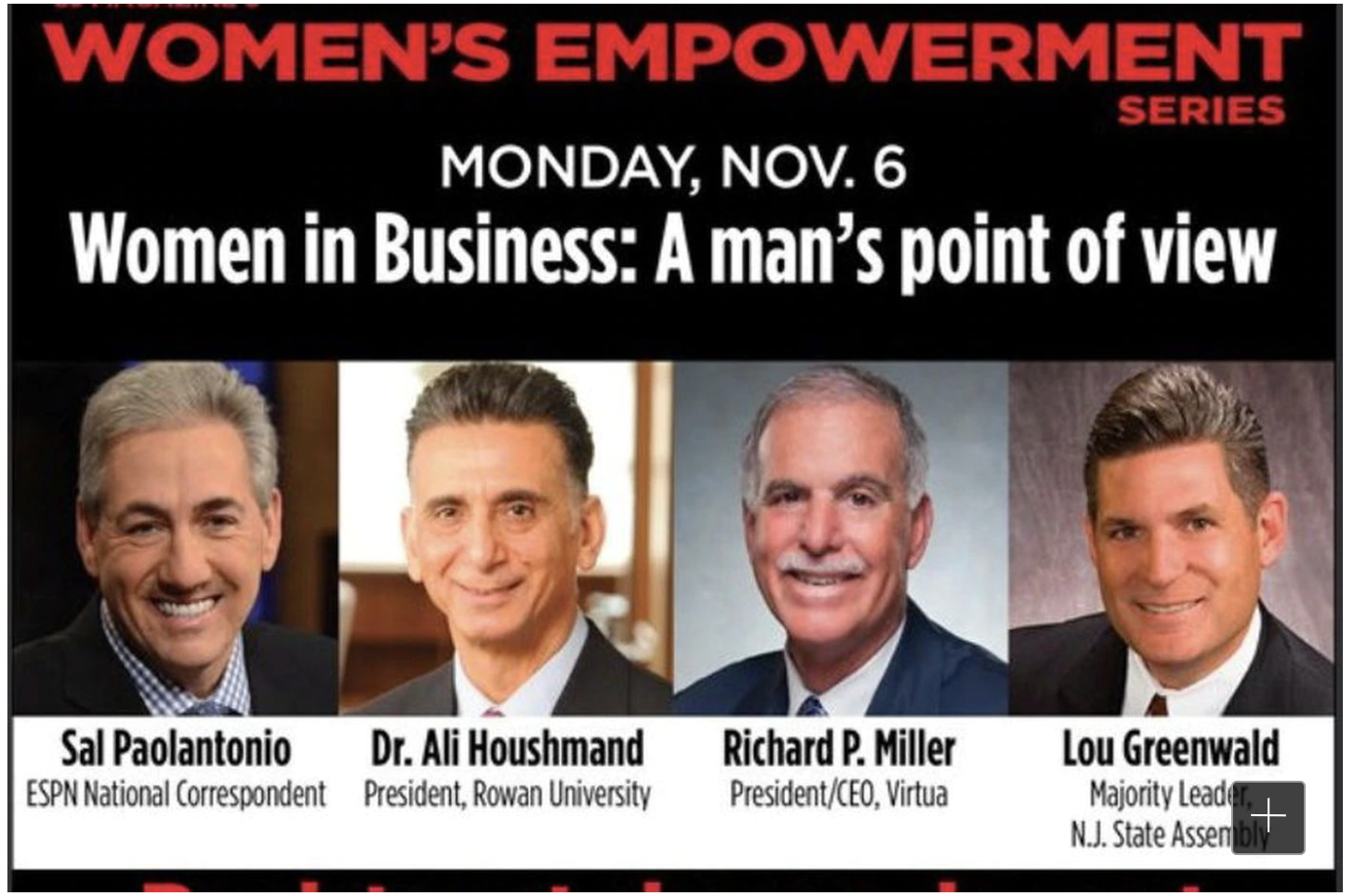 Empowering women leaders is important in today’s world, but how you go about empowering them is even more vital.

South Jersey Magazine discovered this the hard way as they promoted an all-male panel for women to glean from.

Luckily, South Jersey Magazine heard the thousands of arguments against this event and canceled it altogether. Apparently, the best way to empower women is not to promote male leadership. Knowing your audience is crucial anytime you put anything out on social media! 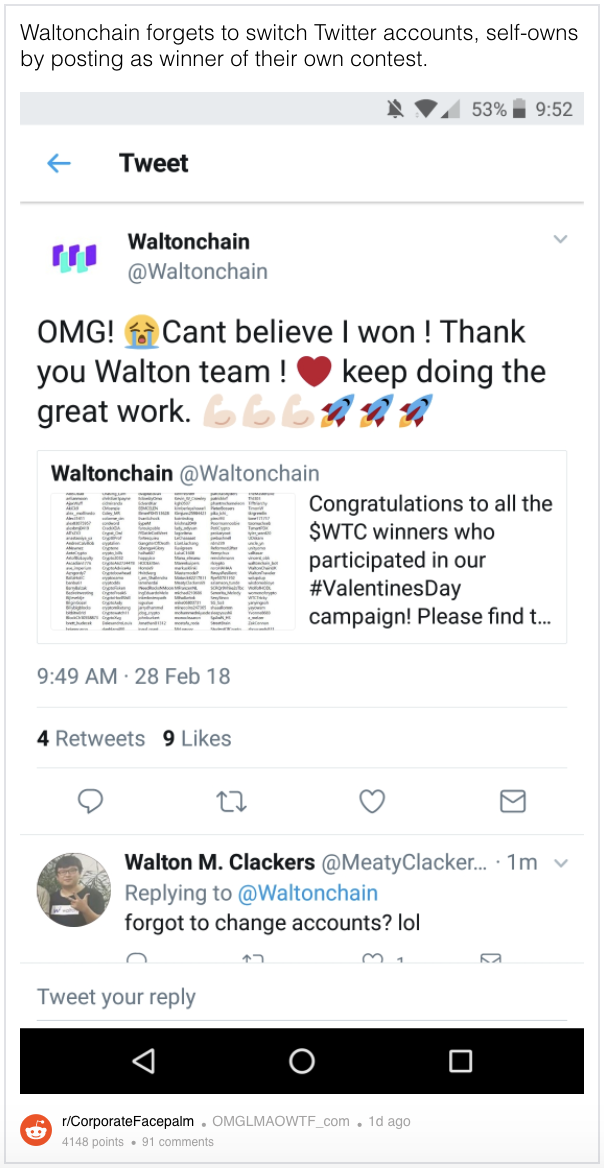 Giveaways are a great way to increase your following and spread your message, but be sure you actually follow through with your promises.

Walton Chains was not so smart. Their giveaway was a scam, and they made a fatal mistake in showing their cards. Rather than choosing one of the hundreds of people who entered their giveaway, they intended to create a fake account and choose that account as their winner. They even intended to post from this fake account telling Walton Chains “OMG! Can’t believe I won! Thank you Walton team! Keep doing the great work.”

The problem? They forgot to switch accounts and lost all hopes of being a company of integrity. 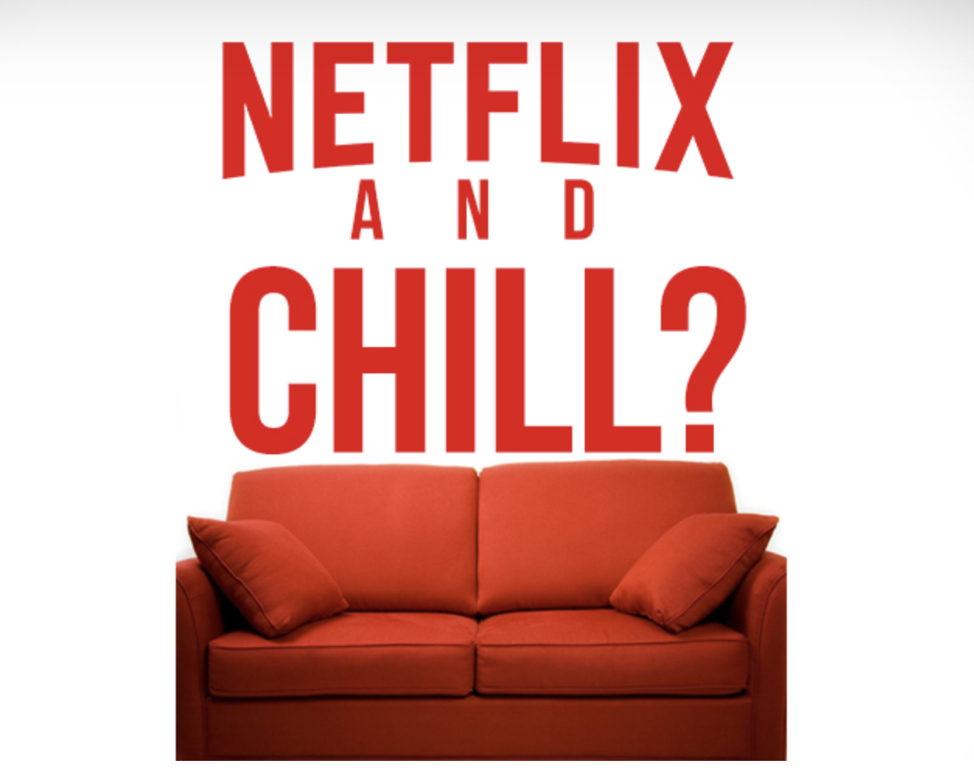 If you are a church who wants to stay relevant, perhaps run your ideas by a group of people before launching into them headfirst. Make sure you run these ideas before posting about them online too because word travels fast and far when it comes to social media.

Two Rivers Church, however, bypassed this step and launched an entire program titled “Netflix and Chill” with the goal of helping people “connect with friends, family, neighbors, and coworkers.” If you don’t know what Netflix and Chill means, try asking those closest to you before you start using this language in your daily conversations. If you do know what it means, you know you don’t want to “connect with friends, family, neighbors, and coworkers” in this way, especially at a church event.

Don’t Let It Be You

Why should your church or ministry be concerned with social media bloopers like these? We all make mistakes and if you can learn from a few large corporations, then you are headed in the right direction. To help you even further, here are a few ideas to make sure this doesn’t happen to you:

Save yourself from making mistakes with Clover's  Pre-written Church Website Content. These pre-written templates make it nearly foolproof to write content and build your church website! Clover also has many other tools that can help your communication team be the best team you can possibly be.